The imbalance between supply and demand in the condominium market is creating home buyer competition across Metro Vancouver*.

Last month’s sales were 14.5 per cent above the 10-year June sales average.

“Home buyers have more selection to choose from in the detached market today while condominium listings are near an all-time low on the MLS®,” Oudil said. “Detached home listings have increased every month this year, while the number of condominiums for sale has decreased each month since February.”

Generally, analysts say that downward pressure on home prices occurs when the ratio dips below the 12 per cent mark for a sustained period, while home prices often experience upward pressure when it surpasses 20 per cent over several months.

“Market conditions will vary today depending on area and property type,” Oudil said. “It’s important to work with your local REALTOR® to help you understand the trends that are occurring in your community.”

The MLS® Home Price Index composite benchmark price for all residential properties in Metro Vancouver is currently $998,700. This represents a 7.9 per cent increase over June 2016 and a 1.8 per cent increase compared to May 2017.

The real estate industry is a key economic driver in British Columbia. In 2016, 39,943 homes changed ownership in the Board’s area, generating $2.5 billion in economic spin-off activity and an estimated 17,600 jobs. The total dollar value of residential sales transacted through the MLS® system in Greater Vancouver totalled $40 billion in 2016.

Please contact us for the full REBGV Stats Package

Metro Vancouver Homes Sales Down Across All Property Types 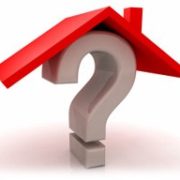 More Changes to Mortgage Qualification on the Horizon? 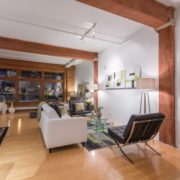 Four Things You Should Know About Staging

Painting Techniques that Bring a Hallway to Life
Scroll to top