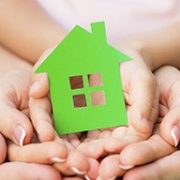 On April 21, Toronto became the second Canadian city to implement a ‘foreign buyer tax’. The impact that the 15 per cent tax on residential real estate will have on the market remains to be seen. The fact remains that Toronto’s residential real estate supply remains at a 37-year low, and economics 101 taught us that reduced supply results in increased prices.
Trying to tackle the problem of rapidly rising house prices from the demand side is popular when it is a method that primarily impact ‘other people’, especially outsiders who we grant less of a right to real estate ownership. Understandably we favour locals, or at least a definition of ‘local’ that resonates with voters.
Vancouver was first to this approach in August of 2016, although the results remain unclear. The stats on the impact were skewed as many of the transactions set to close in the months following the tax were rushed to completion in the final week between the announcement of the 15 per cent tax and its actual implementation. Thereby increasing the number of transactions before the effective tax date and artificially decreasing the number of transactions after the tax date for at least 90 days.
Ninety days later we had December, a very slow month in a year for real estate. And to top it off Vancouver suffered a real Canadian winter unlike any in decades previous which literally, not just metaphorically, froze the local market for the better part of January, February and part of March. Few Vancouverites own a snow shovel, let alone have winter tires to drive around to open houses – which were not open due to the snow.
While activity in the market may have slowed significantly since the tax was introduced in Vancouver, the true impact of it will not be measurable until the end of June 2017 to compare the pretax spring market (2016) to the post tax spring market (2017).
Interestingly, Ontario Premier Kathleen Wynne would not comment on what she expects the taxes impact to be on house prices as a result of the housing plan, which contained other measures in addition to the foreign buyer tax.
One would presume for the voters owning property the desire would be for stability and perhaps a slight increase year-over-year, and for the buyers currently priced out of the market a reduction. But one cannot have both of these things together. Time will tell. 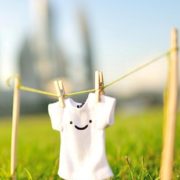 Buying Your Dream Home in a Hot Market
Scroll to top