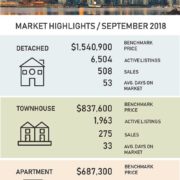 Here are some stats in the areas of Burnaby South, Coquitlam and New Westminster for September 2018. If you would like to get stats of other cities, let us know! Diana@VanCityProperties.ca or 604-789-8202 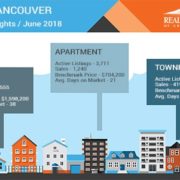 Prospective home buyers remain on the sidelines in March

Can New Kitchen Appliances Increase the Value of Your Home?

Creating the Ideal Working Relationship with Your Agent
Scroll to top